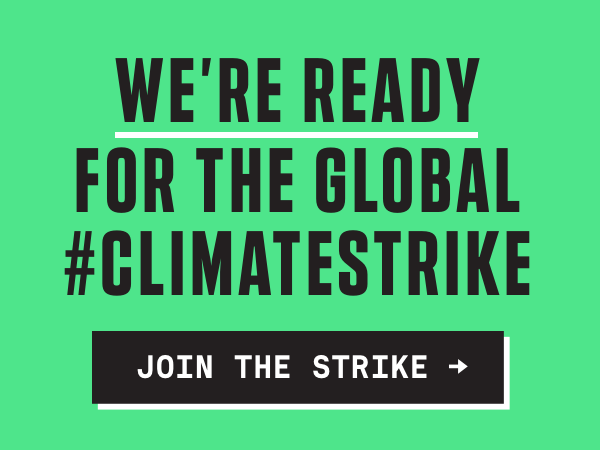 Join Lynda, our President in Edinburgh from 11 am outside Sainsbury's at 29-30 Simpson Loan, Edinburgh (on the cycle path towards Middle Meadow Walk). The March leaves from Middle Meadows Walk at 11.30 am.

At our recent AGM in Dundee, the Scottish Artists Union members unanimously passed the following motion:

This Union notes that Greta Thunberg and leading youth strikers for climate action from across the world have called for all adults to join a global general strike on 20thSeptember 2019.

This Union believes all artists should stand in solidarity with those already affected by climate change and with future generations and the young people who are walking out of our schools, striking and encouraging everyone to join them to ring the alarm for the climate emergency, because our governments have failed to take sufficient action to mitigate this unprecedented crisis.

This Union resolves to join the action and call on all fellow unions, organisations and workers to join the strike to demand governments and corporations take immediate and decisive action to tackle the climate crisis.

There are other marches taking place in the following cities across Scotland:

There will also be further strikes happening in towns and villages across the country. To find one close to you, please click here

Trade Unions stand in solidarity with Climate Strikers this Friday

As students across the world take to the streets in a Global #ClimateStrike to demand climate action, trade unionists across Scotland will stand in solidarity with their own workday campaign actions.

Restrictive trade union laws make it hard for workers to go on strike, even over an issue as critical as the climate crisis. However, trade unionists up and down the country will demonstrate that they want action on climate change now by joining student actions near their workplaces.

Trade unions, alongside environmental campaigners, have been pressing governments and businesses for a “Just Transition”.  A Just Transition involves moving to a modern low-carbon economy in ways that protect workers livelihoods, wages and terms and conditions while creating new, green industries and unionised jobs.  This campaigning has escalated recently in Fife where the STUC has coordinated the “Ready For Renewal” campaign, to bring high-quality renewable jobs to the mothballed Methil and Burntisland yards.

“Scotland’s trade unions are united in their determination to tackle climate change.  It is a moral imperative, and we must stand with the climate strikers to hold governments and businesses to account.

“Moving to a low-carbon economy cannot be achieved at the expense of the workers and communities which currently extract or depend on the use of fossil fuels.  Neither should workers be denied decent work in the renewables supply chain. A Just Transition is vital, and environmental organisations are behind this too.

“Tackling climate change successfully requires economic and social change on a massive scale. Market-driven policies are not the answer.  We need interventions that address the ownership and structure of industry; that promote investment in research, education and skills; and ensure fair work through union engagement at the workplace.

“The STUC encourages all workers to take part in their own workplace action. Let’s stand by students taking action to create a sustainable future.”

What's Going On During COP26?? Contributions from the SAU Climate & Sustainability Sub Group Meeting on...

Here's our April Newsletter containing information we hope you find useful, and a survey...